The game-night ended because nobody wanted to lead. Discussion then happened on the topic of lack of leadership on S2 and why only the same few people lead and no new people ever do it. Here are the notes and the followup S2 mission:

General consensus:
1) It would be nice offering the guidance to new aspiring SLs or COs
2) Making interesting missions so the people who usually lead will want to lead. Lot of people don't want to lead because they know the missions by the hearth

Striker or Steven : Suggested training session where even leading would be teached (how to assault position etc)


https://i.imgur.com/zONGOM9.png - linked Some old pool
Ender: Agrees with the pool, says that people (including himself) do not lead because of the lack of confidence.

What makes the idea of leading stressful for new people:

Steven - Fear from the peer pressure, chaos, etc
Vonhye - fear to ruin the experience for the others
Mathers - New squad laders are afraid to ask for opinions because they might be afraid to lose control of the squad.
There is peer pressure where new leaders can lose the control of the squad because of people not listening to him or talking bad about him (afterwards or during the debriefing).

How to overcome it:
Terox - When in stress what to do, then ask even if you are leader, but once you decide then it becomes order and it shall be done.


Hund - new SLs are afraid to say something because they will lose their face if people wont listen to them or if they say something shit.


New commander issues:
Mathers - if people dont listen to your orders then repeat it and say that is an order
Hund - disagrees, let 'em do what they want to
Striker - Tell people what is the plan, why to do what to do, so they are on board with you and people are involved and fulfil your plans.
Hund - If you want, have radio man in squad, so the stress is spread, Terox agrees.

Somebody - suggestion of leadership guide 15 minutes before Gamenight.


Somebody : If you are fresh CO, ask for experienced SLs
Terrox: progression: FTL - SL - CO
Rodi : Respectfully disagrees, do what role you want.
Terox - chain of command is CO - SL - TL - grunt. You always have to command only few people, and the other people command their people under them.


General notes:
If I want response - use the ''Alpha this is HQ, message'', If I dont need to (or if it needs to be brief) then say it directly

Following the discussion, experiment was tried with Vonhye leading the mission with A and B squads (around 4 men each) and Reaper in Littlebird chopper. CO had two experienced SLs and Hund as an advisor and (atleast for CO) it worked well. It seems like the concept of unexperienced CO and experienced advisor as an XO is viable. 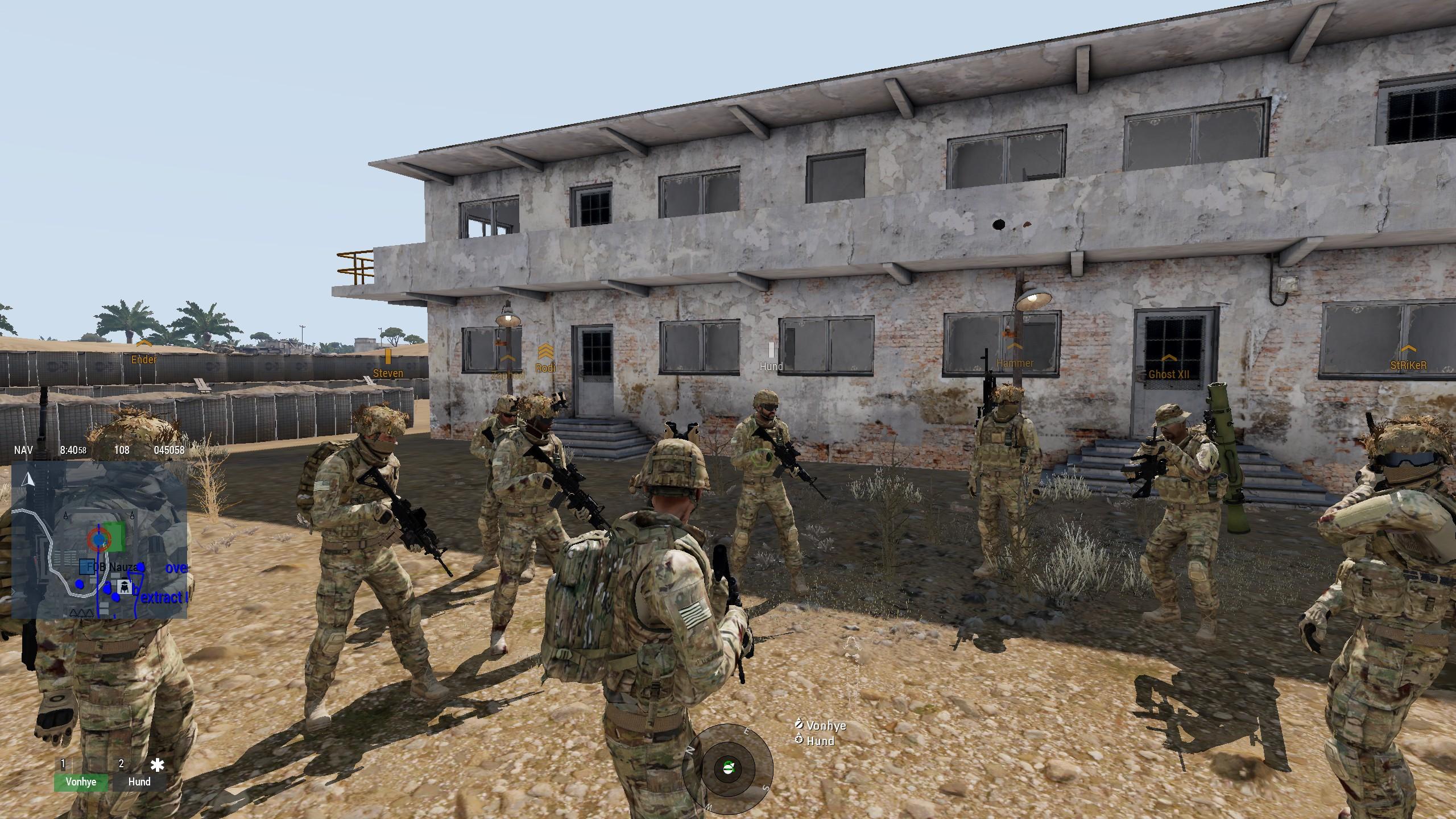